The Root of My Resistance; Releasing The Fear ​     Recently I've had this feeling that a major shift was about to take place in my life. I figured that after the death of my mother-in-law something would change, that, after all is to be expected. I've looked after her for more than a year, went through the journey with her from the diagnosis to her treatment, the failure of that treatment and then the brutal side effects that go along with it and then I did all that I could do and helped her prepare for and then go through her transition with Reiki and Crystal Keys.

​     It's been roughly a month since her passing and for the last fortnight I've started to do some work on my vibrational frequency. My life is great, really it is! I spend most of my time now in a place of ease, you know being able to appreciate things and normally I manage to manifest my desires fairly easily but I wanted to get to the bottom of my manifesting abilities and why some things are easier to get than others. I know that there should be no difference in manifesting small things or large things and I am completely aware the only thing that prevents a manifestation occurring is limiting beliefs (which luckily I've managed to identify and remove most of of), yet still I knew there was a blockage, a conditioned belief that I couldn't seem to get to the bottom of.

​    During the last five days I began to change my direction slightly. I still wanted to be focused on the manifestation of my desires but I knew I needed to tackle it from a different perspective; I wanted to find THE ROOT OF MY RESISTANCE! I wanted to truly be open to receive, to allow freely and have unconditional faith in the process (a task that is easier said than done).

​     Then last night I felt drained and I knew my mind and body needed an early night, so off to bed I went at 9:30pm, pleased with myself for doing so! Once I was in bed I began my centering and grounding process then I started to meditate by simply focusing on my breath and after about 15 minutes I was in that blissful place of detachment unable to feel my physical body, only the energy flow and I started to feel so much love and appreciation. Then I clearly heard a voice asking "When did fear enter in to your life? When did you start to build internal walls to try and keep fear out?" And then the answer came shooting in to my consciousness like a bolt of lightning.

At the age of sixteen I entered in to a relationship with someone who was twelve years my senior. He wasn't the nicest of people (although it took a while to see). He was a manipulator, a drug dealer, a control freak, you get the picture but at that time in my life I was looking for escapism. In my heart I knew I was making a bad choice but to be honest I never expected it to last any amount of time and at that age I was flattered by someone older showing an interest in me.

From the moment the relationship began fear entered in to every aspect of my life, my thoughts and my actions. Fear for myself and for my parents because of the pain I knew I was causing them and I became more and more isolated. As time went on I lost my friends, my self confidence, self worth, I've said it before and I'll say it again; I take full responsibility for my actions! I could have chose not to get in to that relationship but I didn't and it lasted two years.

Once I plucked up the courage to finally run away from this relationship (literally, out a window in the middle of the night) I slowly pieced my life back together. I moved back in with my parents, went to college and I started to get my spark back. After three years at college I got a full time position exactly where I wanted and life was good. I was having fun, going with my flow and then I got in to another relationship.

Again deep down I knew this was a relationship I shouldn't have got in to; not because he was a bad person on anything like that. In fact he was a really good friend and although I couldn't admit it to myself at the time, I based my decision on fear, I thought he was a safe bet because I thought he wouldn't hurt me, I mean we were already the best of friends but for me there was no attraction or spark that for me needs to be there (in a physical sense). The foundations for this relationship had been laid out of fear but at the time I wasn't joining the dots.

So time went on and I continued to ignore my inner guidance which led to feelings of detachment, sadness and desperation and of course the Law of Attraction continued doing its' thing and I got more of everything I already had! This relationship went on for eight years and by the end of it I really had forgotten who I was, what made me tick, what got my juices flowing. I had handed over my personal power and was left an empty shell. When we finally went our separate ways it didn't take me long to find my way, this was when my spiritual journey really began to take off and I found Reiki, crystals and meditation and it felt like I was finding an inner truth that had always been there but I had forgot it!

Three years I spent focusing purely on me and boy did I grow. Never again have I ignored my gut instinct and I've went from strength to strength in all aspects of my life. My deliberate manifesting began and although I did find it pretty easy to get the things I wanted, some things seemed to stay just out of reach.

Out of the blue I met my husband again (we had known each other when we were growing up), a relationship started and we both knew very early on that this was a relationship to hold onto. It will be eight years this May since we were re-introduced in to each others lives and they have been the most magical eight years. I have two beautiful step daughters and my son. We live in a beautiful home and are generally very blessed in life. Now this takes us to the epiphany that I had;

From sixteen to eighteen I lived from a place of fear and I never realised the impact that it had on me psychologically. The unknown then for me was always the worst possible outcome because that's what I'd been used to. It had ingrained in to my psych that things would go wrong, they wouldn't work out how I hoped, nothing ever good is going to happen. Even though I was no longer living a life based on fear (and hadn't been for many years) I hadn't let go of that negative vibrational energy from my sub-conscious. I inner emotional frequency was contradicting my thought patterns and I couldn't see this or feel it for that matter.  Although I'd made my peace with the pain and hurt I'd gone through and even though I genuinely took responsibility for my actions and their consequences, I had never identified with the pattern of fear that I had created and then carried around with me ever since.

​     Now, in that split second of realisation I can feel the weight that has been lifted and it's a weight I never knew I was carrying. I can see with clarity now that I've not been in the receiving mode, not fully allowing myself to be a match vibrationally to my desires because there was an under current of fear. I truly know now how it feels to have your fears replaced with FAITH and that's because I was able to identify the ROOT CAUSE of it and how it took hold of me.

​     Before it was understandable to have fear of the unknown because I was living in a place of fear and from a place of fear within but now I'm not. So my fear has been replaced with feeling of excitement and anticipation. You see I know everything is always working out for my highest and greatest good, it always has been...It just took a little time for me to catch up to that inner knowing.

​     When we are ready to receive the answers to our questions they will always be revealed, we just have to ask the right questions and trust that the answer will be given, in ways that we're ready for.

My Moment of Realisation; Everything is Energy 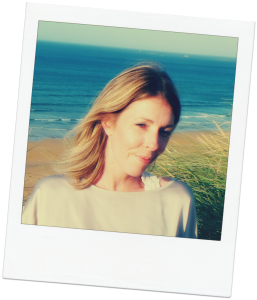 Welcome to my blog, where I share with you my thoughts, insights and inspiration on mindset, energy and anything else that can help us along our path of self discovery. Feel free to leave comments, it's always great connect!
Love and Light
Laura xx